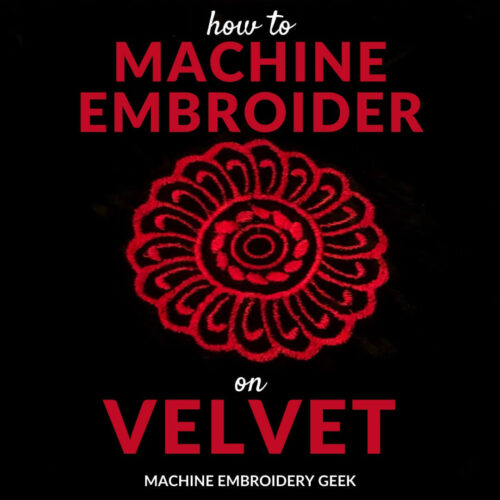 How to embroider on velvet

There are very few fabrics that scream “holiday dress up” to me like velvet. I absolutely love it.  It’s soft, it’s dramatic and it’s actually warm.  What’s not to love?  But if you are looking to add another layer of embellishment by embroidering this luxe fabric, you may  be slightly daunted.  Velvet can be a […]

How to embroider gloves

The first time I tried to embroider on a pair of gloves, I actually stitched the gloves shut. You probably think I’m joking, but sadly, I am not. Now that I am a bit more experienced, however, I embroider on gloves all the time. They make a great gift and they are actually quite easy […] 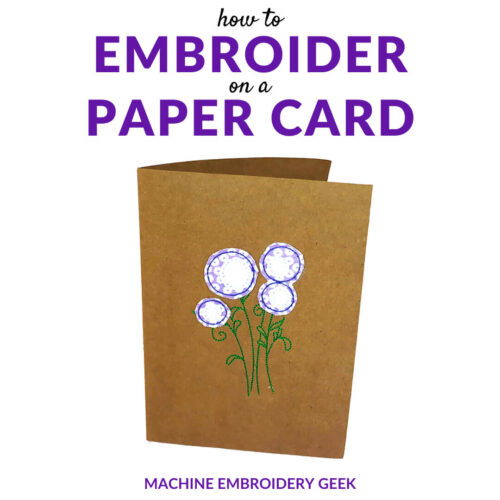 How to embroider on paper cards

Call me nuts, but I really don’t get the embroidery on toilet paper craze.  I mean – it was fun during a shortage, but I don’t think I would do it again. I’m just that big on novelty gifts.  But you know what I am interested in? Embroidery on paper cards. Why? What a quick […] 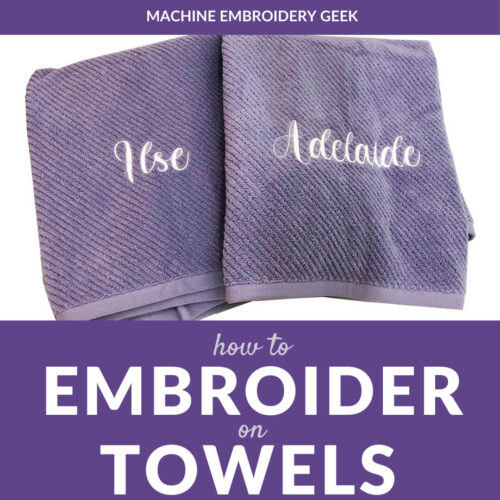 How to embroider on towels

If you were a fly on the wall in my house, you may be under the impression that my children were living in a homeless shelter based on the way they complain about their towels. The problem is that they are used to seeing a lot of monogrammed towels coming out of my sewing room […] 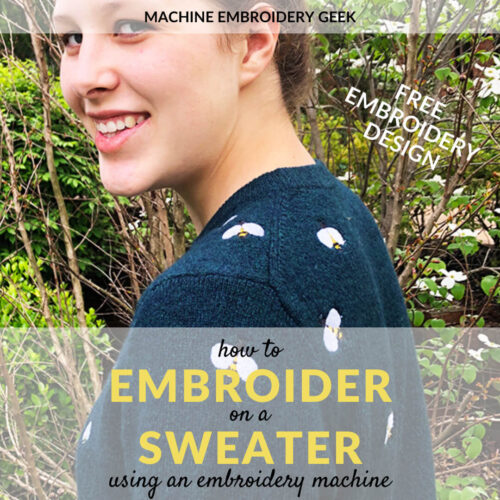 How to embroider on a sweater with an embroidery machine

One of the best things about the end of the end of a season is scoring some bargain basement clothing. At (what stores consider to be) the end of the winter season (February) you can find tons of sweaters for next to nothing. For example, I hit Old Navy the other day and picked up […] 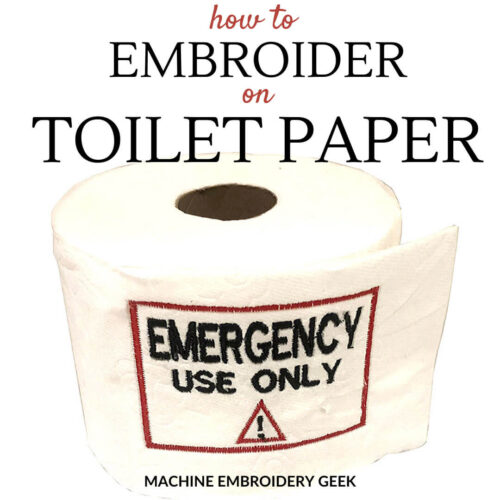 How to embroider on toilet paper

I want to start by saying that I can not believe that I’m writing this blog post. For years, I’ve seen questions about and examples of embroidery on toilet paper in my machine embroidery Facebook groups. And every time I do, I wonder why anyone want to know how to embroider on toilet paper. That […] 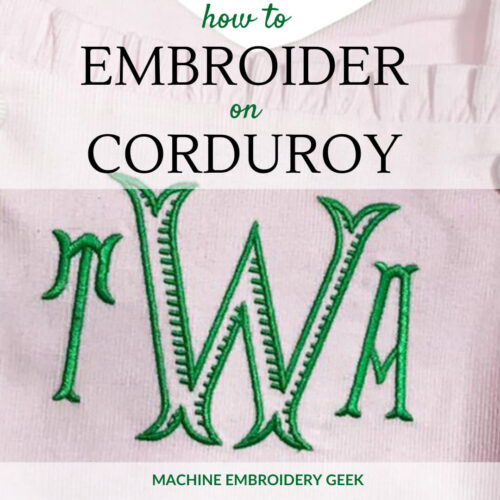 Corduroy is a polarizing fabric. Some people love it, some hate it.  Me? I’m in the former camp. I LOVE corduroy.  Maybe it’s because corduroy reminds me of my preppy uncles who all wear candy cane embroidered corduroy pants around the holidays. The texture of embroidery on lush corduroy fabric was, and still is, so […] 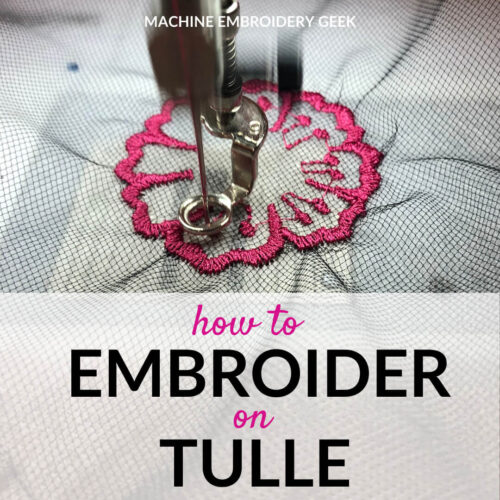 How to Embroider on Tulle

Tulle is the type of material I don’t tend to use often.  My girls are past the age of tutus and princesses so I really don’t give it a thought. But tulle is actually a versatile material for machine embroidery. It can work as a stabilizer as well as an enhancement to an embroidered or […] 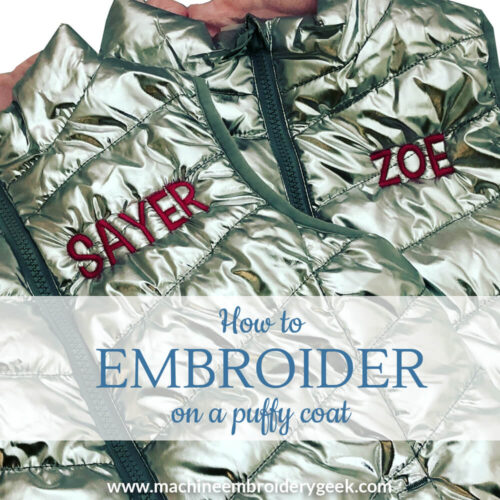 How to embroider on a puffy vest (or coat)

Yes, I realize Christmas is still 2 months away, but I actually started my shopping a few weeks ago when I found the most adorable shiny, silver, plush, pink-lined vests in the girls section at Walmart.  I scooped them up immediately with the intention of personalizing them for my two little nieces. And, in my […] 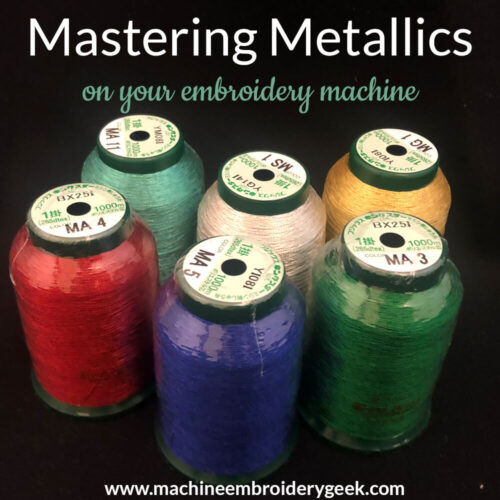 Back in 2009, my three-year old wanted her name embroidered on her new beach towel, so I let her choose the thread. Naturally – she chose the option with the most bling: the dreaded metallic thread. In her defense, the silver metallic thread did match the color of the shark on the towel. But I […] 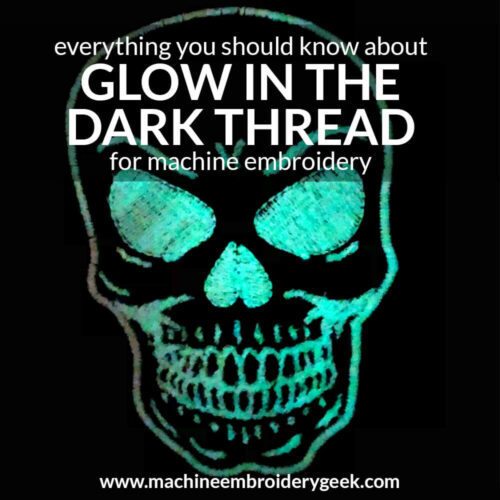 Best Glow in the Dark Thread for Machine Embroidery

It’s almost Halloween! So, you know what that means?? It’s the perfect time of year to try out stitching out embroidery designs with some glow-in-the-dark thread. Sound tricky?  It’s actually not too bad. Plus – there are SO MANY fun thinks you can do with it! But before you go too crazy stitching up some […] 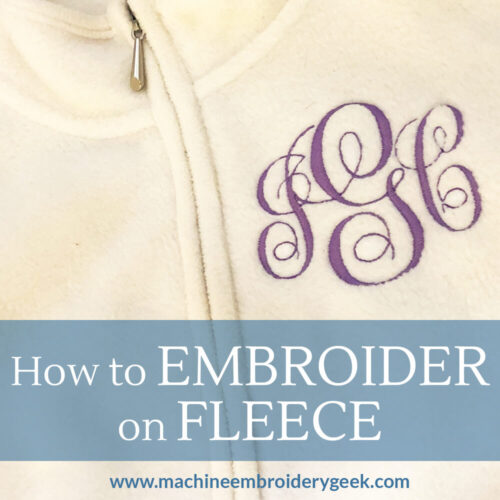 How to embroider on fleece

It’s officially fall! And, do you know what that means? It’s fleece season! Fleece is a dream fabric for embroiderers. There are so many fun and practical items you can make with fleece, and embroidery looks great on it. But, if you’re new to embroidery, perhaps you are wondering, how to embroider on fleece? Products […]

<< Check Out the Newer Entries 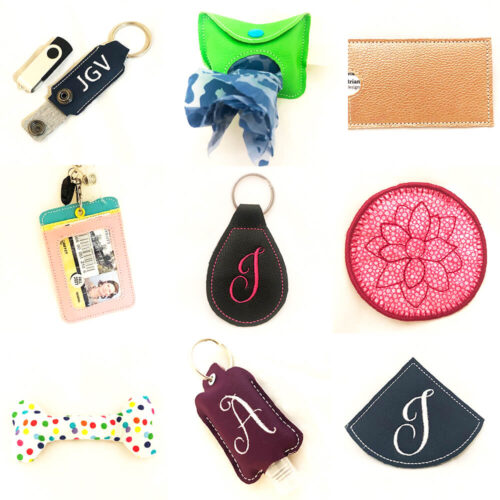