How to make a monogrammed bow tie

By Julie on April 20th, 2020
This site contains affiliate links to products. We may receive a commission for purchases made through these links. 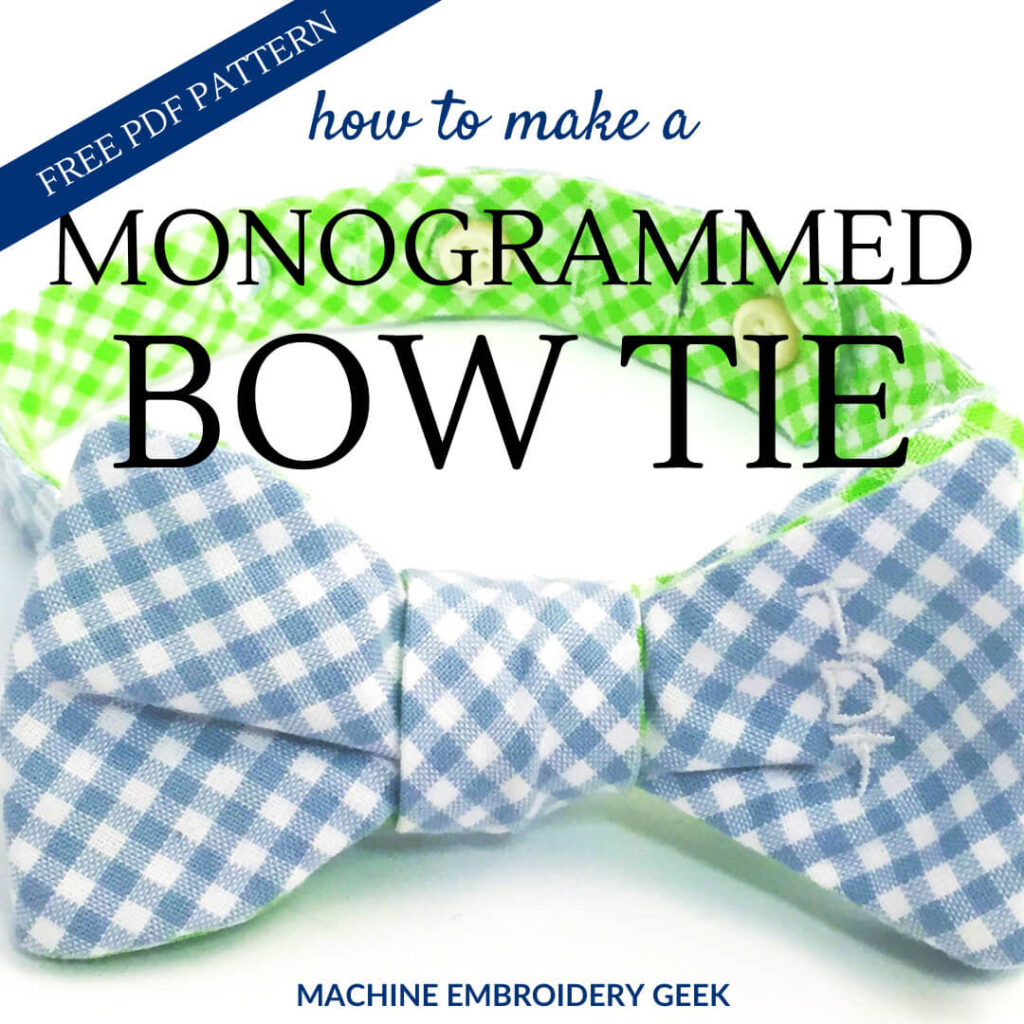 A few years ago, I was looking for the perfect accessory for my son’s First Communion outfit. Little girls get new crosses, dresses, headbands, etc… but what about the boys? They deserved something special too.  So, I took matters into my own hands and made my little guy a monogrammed bow tie for his big day. And, I have to say, it turned out pretty well, despite the fact I had no idea how to make a monogrammed bow tie.

Why make a monogrammed bow tie?

Turns out, making a monogrammed bow tie is actually pretty easy. And it makes a great gift for men and boys of any age. In fact, shortly after I made the monogrammed bow tie for my son, I made another one for a friend (which is why you will see pictures of two different ties below).  You can make monogrammed bow ties for graduation gifts, birthday gifts, Christmas gifts. Heck, you could even get a jump start on a Father’s day gift and whip one up for dad!  If you are feeling particularly ambitious, you may even offer to make a set of coordinating monogrammed bow ties for the groomsmen for an upcoming wedding. See?  Super versatile project.

And, as an additional bonus, bow ties are a one size fits all kind of accessory. So, no worries about sizes whatsoever.  The pattern I developed was based on a standard man’s bowtie, but it was still suitable for my young son. So, you can use this pattern to make a bow tie for a man or a boy of any age.

Adjustability is built into the design.  While most bowties have a series of hooks and eyes along the back to make it tighter or looser in the neck, I borrowed the Brooks Brother’s system for adjustable bow ties which were a series of buttons and button holes as opposed to hooks and eyes.  To me, it looked just a little bit more classy. Plus, buttons are pretty easy to install.

Choosing fabric for the bow tie

Because this bow tie pattern is reversible, you obviously want to make the pick out two fabrics that complement each other. It will be in inevitable that you see the secondary fabric when wearing either way.

You also want to make sure that the fabric you choose is not very thick. Cotton broadcloth works fine. You can see in my examples that I used gingham on one tie and seersucker on another which seemed appropriate for springtime occasions. While most any lightweight fabric will work for this project, I would definitely choose a fabric that is not too busy, because you do want the monogram to stand out. I would also be judicious about the scale of the pattern on the fabric as well.  Any pattern that is too large will not be appropriate for a the small area of a bow tie.

How to make a monogram bow tie

Supplies to make the monogrammed bowtie

Print out the PDF bow tie pattern (available in the Resource Library) and tape the pieces together lining up the lavender dots. 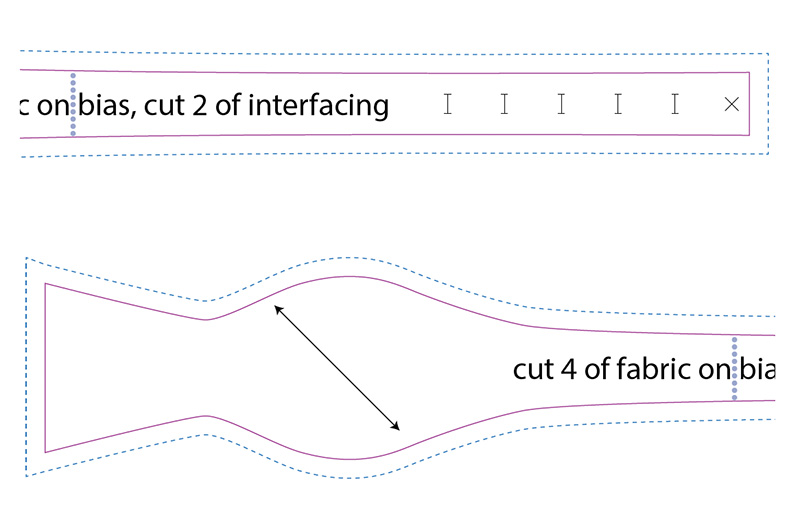 Cut out the fabric and the interfacing 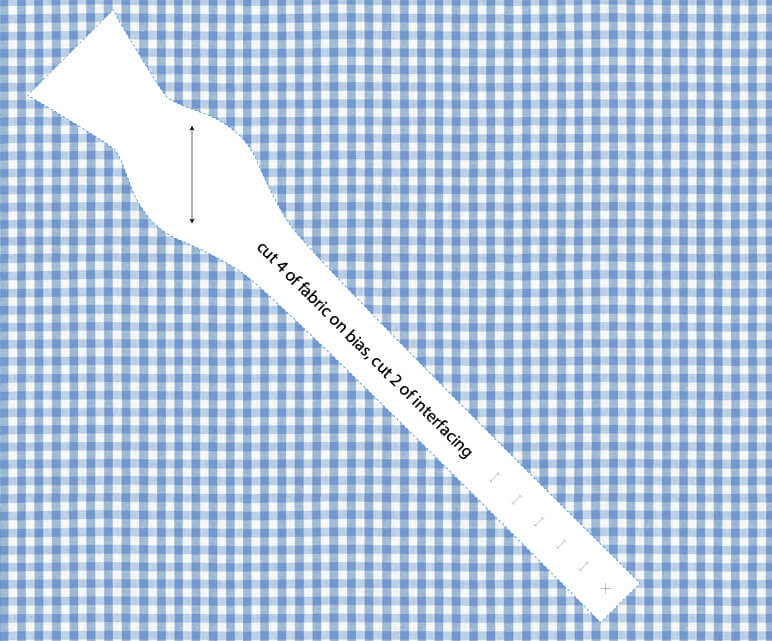 Fold the fabric in half along the grain. Now, lay the pattern on the bias (at a 45 degree angle from the fold). The arrow on the pattern should align with the grain of the fabric. Cut out the pattern piece. Repeat this step with the second fabric. This will produce four pieces total, two of one fabric and two of the other.

You can see that in my example, I used a traditional serif monogram with a larger last name initial.  I stacked monogram works well too as I did on the other tie.  In both examples, each of the letters are about 1/2″ high.

Stitching the bow tie together 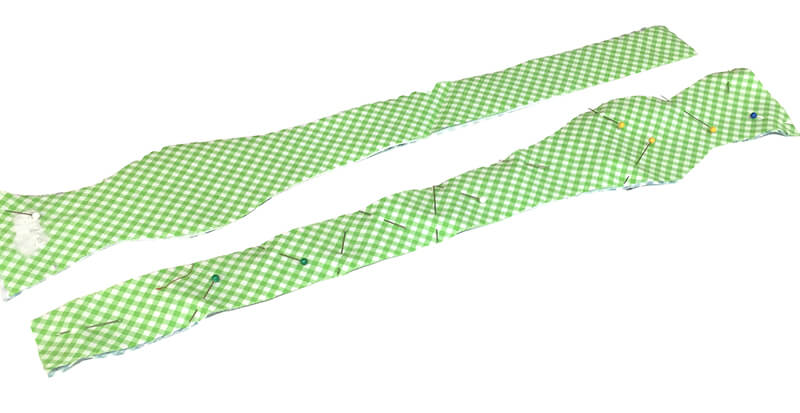 Turn the tie right side out and PRESS it.

Adding the buttons and button holes

Translate the button hole marks on the pattern pieces using a disappearing ink pin. Stitch out the five button holes using your button hole setting on your embroidery machine.  Sew buttons on both sides of the end of the bow tie where the “X” is marked on the pattern.

And that’s it! Super easy, right?

It always bugs me that you have to use so much fabric when you cut a pattern on the bias, so why not make a few bow ties while you are at it? If you buy just a half yard of each fabric, you’ll have enough material for a few.

Want to remember this? Save “How to Make a Monogrammed Bow Tie” on your favorite Pinterest board. 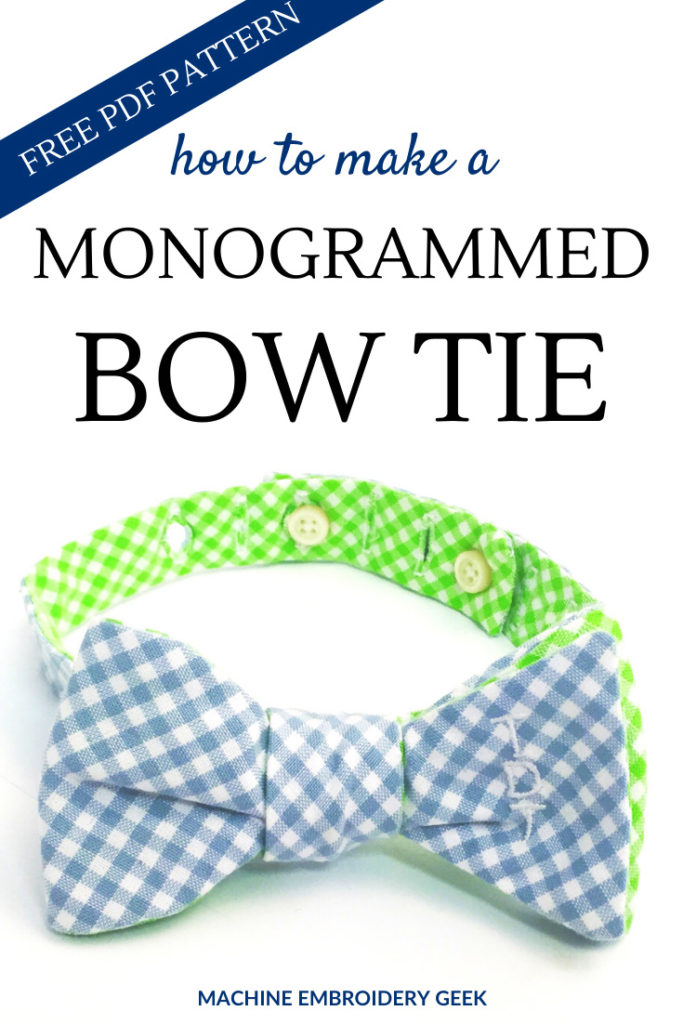 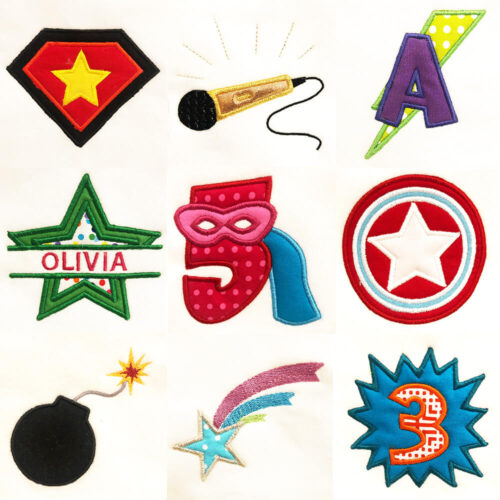