What are appliqué scissors?

By Julie on February 25th, 2020
This site contains affiliate links to products. We may receive a commission for purchases made through these links. 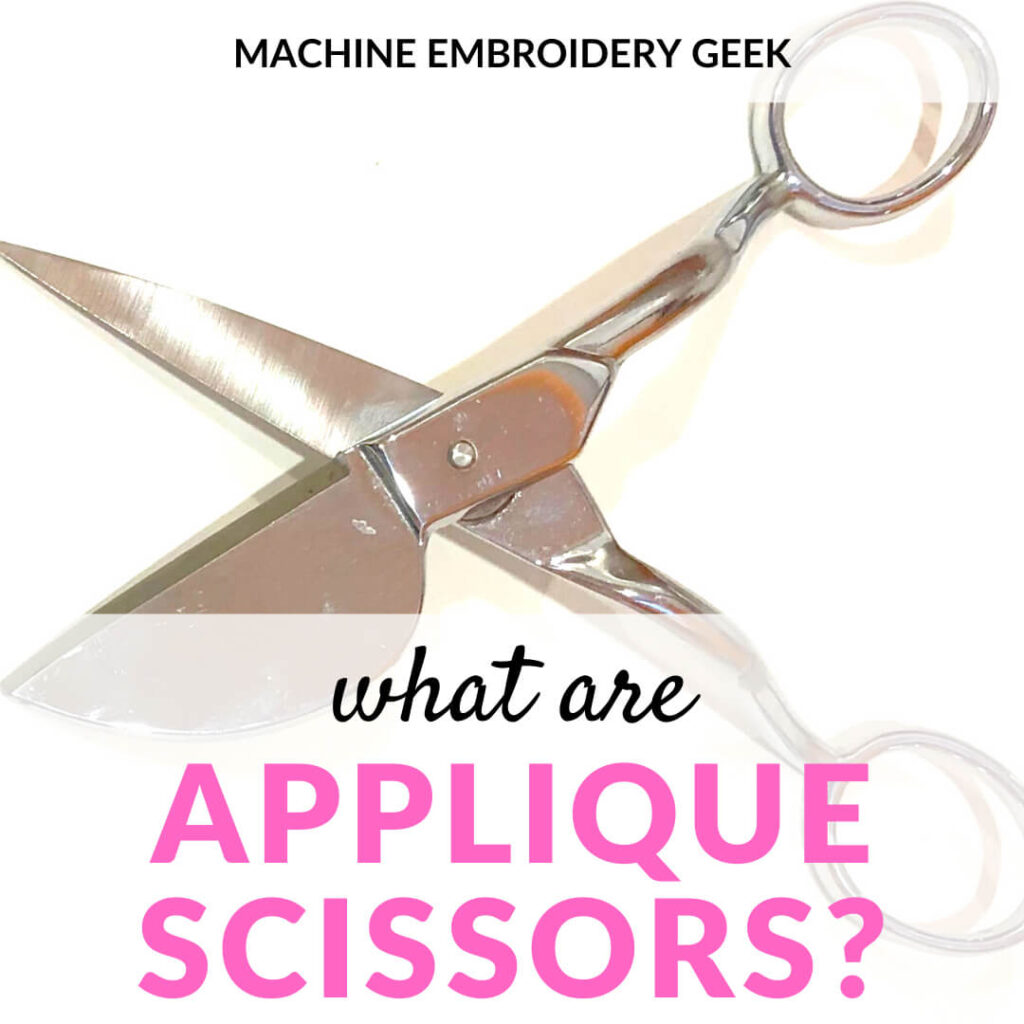 What are appliqué scissors?

Appliqué scissors are medium-size scissors with a weird duckbill on one blade. They are specifically designed to trim appliqué fabric after you have stitched it down, and before sewing over the raw edges of the appliqué fabric with a final satin stitch. The unique design of the these scissors allows you to trim very close to the stitching line without cutting a hole in your base fabric.

If you are doubting me that a lousy pair of scissors will make a difference in the outcome of your project, stop reading this now and go try to trim your appliqué fabric with a regular pair of scissors.

So… you’re back.  It sucked, right?  This is why you need them if you are doing to do appliqué on your embroidery machine. Fortunately they are cheap and readily available.  For a minimal investment in a pair of appliqué scissors, your appliqué project will look soooo much more polished. And your trimming will be a lot easier.

How to use appliqué scissors

To ensure a close cut, I often pull on my appliqué fabric just a bit while I am making the trim. Gently pulling the fabric away allows me to trim very close to the stitching.

What are the best appliqué scissors?

Ginghers are my all-time favorite brand of scissors. I have had my regular Gingher scissors for over 20 years and they are still going strong. And I love my Gingher appliqué scissors just as much. But, if you don’t want to spend that much money on a pair of scissors, there are plenty of other alternatives

You can find a variety of appliqué scissors with different brand names on Amazon that are a bit cheaper than Ginghers. And, they are not all bad. In fact, I have had a Pakistani company send me samples of their appliqué scissor and I was surprised how well they performed. Coincidentally many of the brands that are selling appliqué scissors under different brand names look just like what I was sent. (My suspicion is that someone is importing them and reselling them on Amazon.). Anyway – you can see that they are much cheaper than Ginghers. So, why not give them a try? You can always return them.

How do cheap brands compare to their more expensive counterparts?

I own two pairs of appliqué scissors (Ginghers and Walmart brand) and the difference between the cheap ones and the more expensive ones is pretty obvious.  My cheap Walmart ones cost less than $15 and my nicer ones are Ginghers which cost about $25.

Just by looking at the two different pairs you can see a lot of differences. The Ginghers are heavier, and are held together with a more heavy duty screw. The Ginghers also have a sharper blade which you can clearly see in the picture.

The cheap ones are simply not as sharp as the Ginghers. This can be a good thing, however. I find that because my Ginghers are so sharp, I can unintentionally cut holes in my base fabric. The dull appliqué scissors require a bit more effort to make a cut and therefore are less likely to make unintentional holes in my project. I also seem to be able to get into tighter corners with the cheaper pair.

The downside to the cheaper version is that they can start to hurt your hands after a lot of use.  This is because cutting with the cheapies requires a bit more hand strength.

How to make trimming appliqué easier

Are there left handed appliqué scissors?

Yes! Just because you’re a lefty there’s no reason for you to suffer.  Make sure to get a pair specifically designed for lefties.

Appliqué scissors are awesome and definitely (in my opinion) one of the top 10 tools you should invest in when you are getting started with machine embroidery. However, in some instances the fabric you need to trim is hard to get to with the standard duckbill scissors and you need to supplement your trimming job out to another specialized pair.

How to avoid trimming appliqué altogether

One technique favored by many machine embroidery enthusiasts is pre-cutting the appliqué fabric.  This can be done on a Cricut or any type of die cutting machine. The only caveat is that the placement of your appliqué fabric must be spot on so that the final satin stitching covers the raw edge of your appliqué.  I personally don’t do this but I know people swear by this technique.  But, it might just be the perfect excuse to buy yourself a Cricut!

What are duck bill scissors? How do they differ from appliqué scissors?

Duck bill scissors are just another name for appliqué scissors. They differ from regular scissors because one blade looks like a semi-circle and the other looks like a more typical scissor blade. You use them to trim appliqué fabric close to the stitching without cutting through the base fabric underneath.

What are Pelican scissors? How do they differ from appliqué scissors?

Pelican scissors are another name for appliqué scissors.

Do I need to buy a separate pair of appliqué scissors or can I just use my regular fabric scissors for trimming appliqué?

You definitely need a dedicated pair of appliqué scissors. They are designed specifically for trimming appliqué fabric close to the base fabric without cutting through the base fabric.

What is the difference between appliqué scissors and detail scissors?

Detail scissors are designed to cut small details in fabric and usually have very sharp, fine blades. Appliqué scissors have one blade that is shaped like a semi-circle which allows you to get close to the appliqué stitching without cutting through the base fabric.

How often should I sharpen my appliqué scissors?

You should sharpen them every few months or as needed. You’ll know it’s time to sharpen them when they start to feel dull and you have to use more effort to make a cut.

How do I sharpen my appliqué scissors

Can I use my appliqué scissors on other fabrics?

Yes! They can be used on a variety of fabrics. I will use them in a pinch on just about anything. Of course, if I’m making a long cut, I will use regular scissors.

What is the best way to store appliqué scissors?

When not in use, you should store your appliqué scissors in a safe place where they won’t get lost or damaged. A good option is to keep them in their original packaging or in a small pouch. I personally use my appliqué scissors so frequently that the best way for me to store mine are in a place where I can easily find them again!

Want to remember this? Save “What are Appliqué Scissors?” on your favorite Pinterest board.

Want to remember this? Save “What are appliqué scissors?” on your favorite Pinterest board. 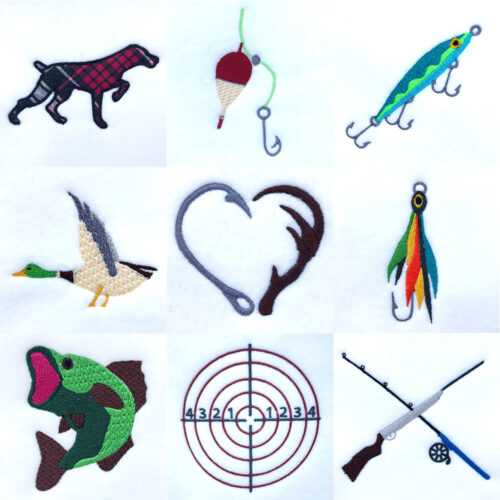